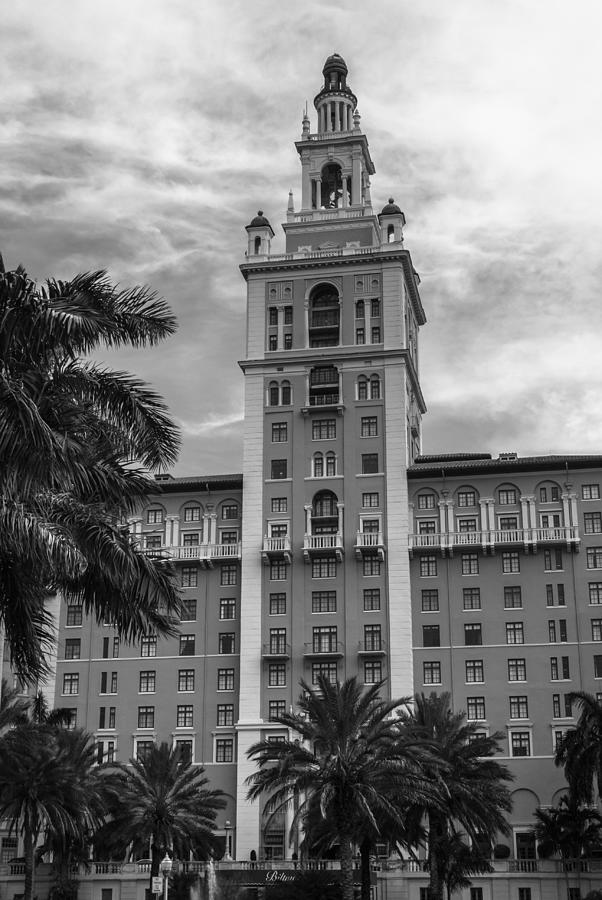 The Coral Gables Biltmore Hotel was opened in 1926 and was part of the development effort by George Merrick to attract the famous and influential to a center of fashion, sports, and culture in South Florida. The Biltmore was among several of the buildings that composed the grand display, including the Alhambra Water Tower, the Coral Gables Country Club, and many others, which would create a unique attraction he called "The City Beautiful".

Coral Gables was envisioned by George Merrick to be the "Mediterranean Riviera" and draw the wealthy and prominent in the 1920's.

Note: This image does not have a model or property release.
© Edward Gleichman, All Rights Reserved.

Thank you so much to the buyer from Sunrise, Florida. I hope you enjoy this canvas print for years to come. And thank you for the opportunity of fulfilling your request. Ed